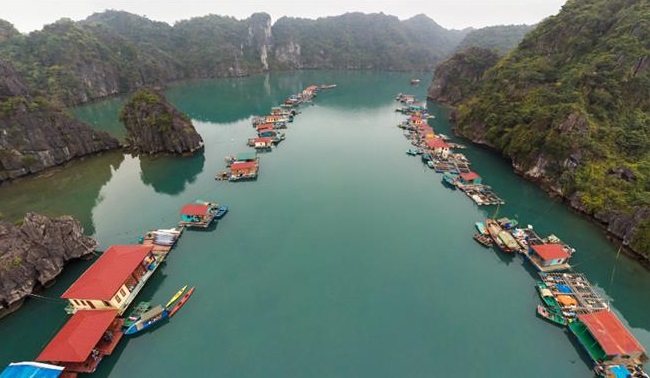 Travel & Leisure has released a list of the 10 most beautiful fishing villages in the world. Of which, Halong bay Cua Van fishing village, Quang Ninh province, is in the 9th position. 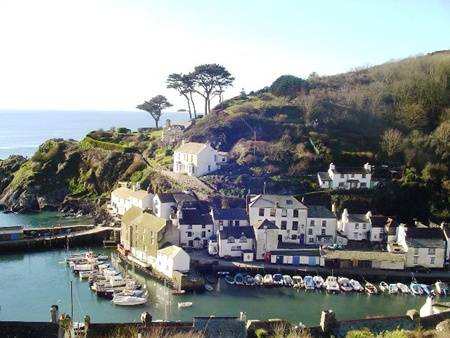 The Polperro coastal village in Cornwall, England, ranks at the top of the table 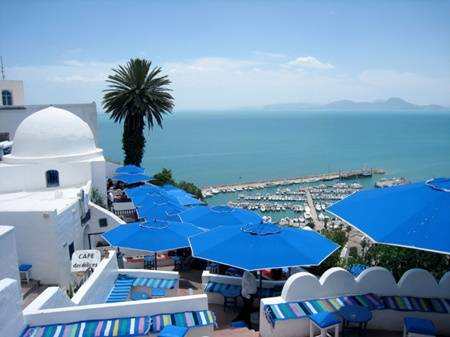 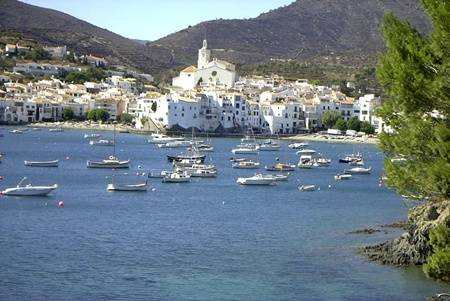 Coastal village of Cadaqués in Spain

Top 10 years is a series of famous coastal villages of the world. Famous names this year include: Polperro Village in Cornwall, England; Saint George, Bermuda with unique architecture of the 17th century; The famous Cinque Terre of Italy; Camden – a famous coastal village in New Jersey, USA; Kotor – the oldest town in East European country Montenegro; Lunenburg, Canada; Sidi Bou Said has beautiful Mediterranean-style harbors in Tunisia; The coastal village of Cadaqués – the pride of the Spaniards and Ilulissat – the multicolored village of Greenland.

Cua Van fishing village is described by Travel & Leisure as “located on beautiful Halong bay of Vietnam with charming marine space”. This place originated from the two fishing villages of Giang Voong and Truc Vong in the area of Hung Thang Ward (Halong City). There are about 176 households living here and most of them live by fishing.

Cua Van fishing village has charming limestone mountains, charming water. One of the most striking things about coming here is that the village’s original charm is not everywhere. Nearly the people’s lives are not disturbed much between the modern pace. Coming to Cua Van, visitors are easily attracted by the most idyllic: gentle people, the beauty of the floating boat filled with the pristine of a coastal village.
Not only beautiful scenery, people here are very conscious of the surrounding environment. At Cua Van, floating houses are clean and tidy. The fishermen take turns picking up trash on the sea every day.
This is not the first time that Cua Van has been praised by foreign websites and media. In 2012, tourism site Journey etc also said that Cua Van worthy of a visit that visitors should visit once in life.
If Halong bay is the garden of the earthly castles, the Cua van fishing village is a unique wonder of fishermen. 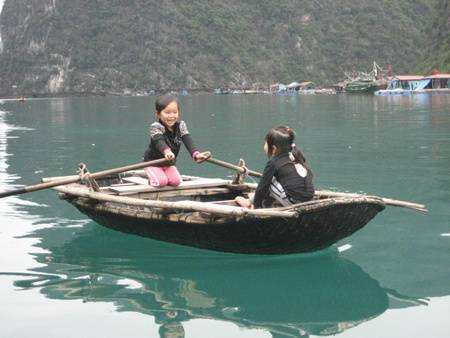 kid’s smiles on the sea

Cua Van fishing village has been listed on the Journeyetc.com tourist website listing 16 most beautiful ancient villages in the world (2012). Criteria for selecting the villages appearing on the list are that they must be ancient, graceful, and retain a distinctive traditional culture. Journeyetc.com has chosen Cua Van because it converges all three of these most important elements.
With the policy to return the landscape and environment for the world natural heritage Halong Bay, in June 2014, the City People’s Committee. Halong bay moved fishermen to fishing villages ashore. Cua Van fishing village is still preserved and preserved for tourism, including 12 rafts (classrooms, cultural houses and some new rafts meeting the standards of fishermen). 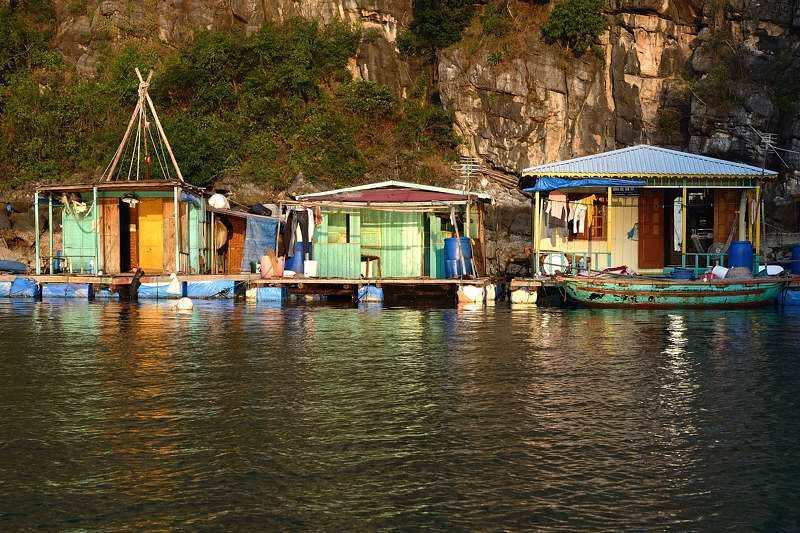 At Halong bay Cua Van fishing village, there are more than 300 households living mainly by fishing net. The households here set up raft houses along the edge of the rocks.
The fishing village is located at a distance of tens of kilometers from the cliffs of the sea. There, the houses are next to each other, small, beautiful. No whistling car as booming on the shore, only the fishermen call each other to ask each other, the beams on the fishing boat chase after the mountains echo.
The generations of fishing village life lived on boats and attached to the sea. They consider the boat is home, the sea is home, attached to Halong bay both soul and body. Children from 4 to 5 years know how to swim paddle. 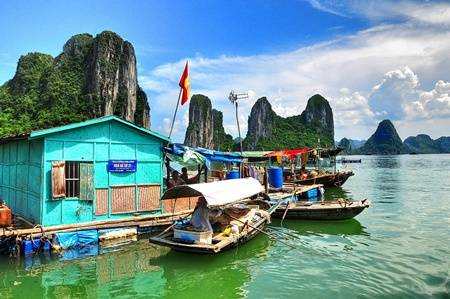 In the families of fishermen on Halong Bay, all members are out. Young children catch bait, slightly larger oars, pull net. Adults, marrying couples will be rowing just spread the net, drop sentence and teach children to catch shrimp …
These conditions make the people living together clustered together and attached to the sea. All living, spiritual and spiritual activities of their whole life, from birth until the eyes and hands are closed, take place in the water.
Goodbye Halong bay Cua Van fishing village, goodbye a beautiful floatingvillage! See you in a new coat!