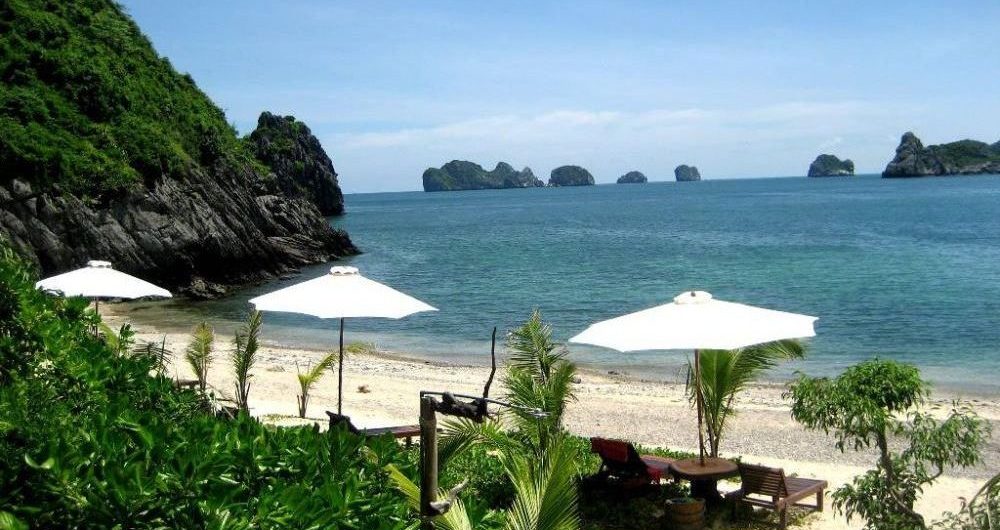 What is special inside the illegal resort Bai Tu Long Bay?

Under the covers of aquaculture enterprises, a series of illegal construction works sprung up on the islands of Bai Tu Long Bay. Besides Hung said, the llegal resort Bai Tu Long Bay were not recently built. Some new resorts are based on the restoration of old buildings on the island. Some construction violations have been dealt with by the district before, but the owner has not abided by the dismantling.

From late 2016, the leadership of the Van Don District People’s Committee has instructed functional agencies and the People’s Committee of Thang Loi commune to suspend the construction activities of this unit, forcible dismantlement of illegal construction. However, up to this point, the company has not followed the instructions.

Mr. Hung said that the district has directed the completion of records of violations of the Hoang Truong Company in the island of Nie, handling coercive dismantling works in June 2017. For the violation of Do To Company, the district will request the company to terminate the business activities of tourism, illegal stay, and set up interdisciplinary inspection team to handle violations if there are grounds.

In addition, with some of the remaining cases in Ba Giam island, the Gold Card is being reported. The district is coordinating with the Quang Ninh Economic Zone Authority and functional agencies to consider the handling of violations.

In the face of the press’s reflection on the state of housing construction, construction works on many islands such as Bánh Sữa and Năm Nêm have sprung up on private, unlicensed and neglected resorts. To the landscape of the bay environment, the risk of unsafe water transport Bai Tu Long Bay.

On May 29, the People’s Committee of Quang Ninh province has issued a directive directing the two cities. Cam Pha and Van Don district to verify and handle according to regulations. With more than 20 rooms with large campus wide with works such as flower gardens, dining room, waiting room … The cake is invested as a luxury resort Connected with a milk cake is a “wharf” made of wood, paving on the float panels about 30 meters long, outside the water is aquaculture On a tree-lined island and bluish, under the trees is a massive system of buildings built like a resort With more than 20 rooms, the comfort of the rooms is usually designed from 2-4 beds suitable for groups. Guests are required to have a double bed. The whole area of the building is tiled and stone, around the island is the artificial sand. The entire construction is located at the foot of Bánh Sữa Mountain and turns to the southwest.