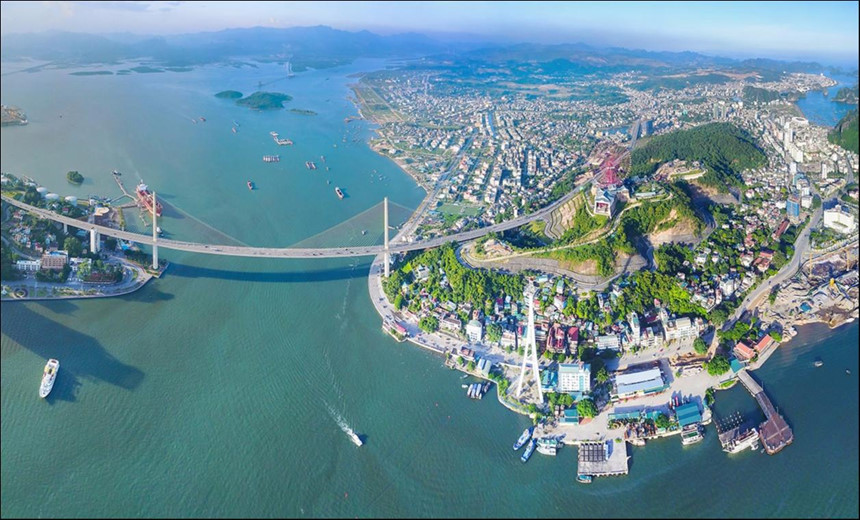 From this summer, a 1-day Ha Long tour from Hanoi will be more comfortable, save time and fully experience for tourists. Will be considered a good option in parallel with the overnight cruise tour has been very developed for many years.
After more than 3 years of construction, Ha Long – Hai Phong expressway project about 25 km long connecting Ha Long city (Quang Ninh) with Hai Phong city has basically completed. The project will be open in the second quarter of 2018. 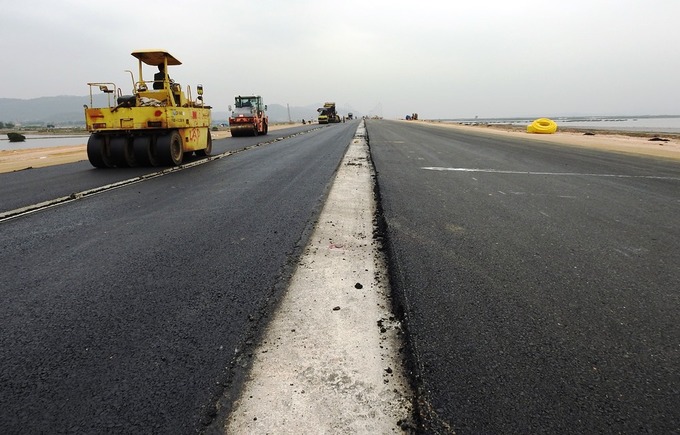 This project has a starting point on Highway 18, in Dai Yen Ward, Ha Long City, at the end of the intersection with Ha Noi – Hai Phong Expressway, Dong Hai 2 Ward, Hai An District, Hai Phong.
According to the design, this highway has a total length of about 25 km, including 4 lanes, design speed is 100km / h; total investment of more than 13,000 billion.
Ha Long – Hai Phong Expressway consists of 2 component projects.
Firstly, the road linking Ha Long City with Bach Dang Bridge was invested by the Quang Ninh Department of Transport (total investment of over VND6,400 billion from the provincial budget and other mobilized funds). Total length of this route is 19.8 km, 4 lanes highway.

Secondly, Bach Dang Bridge, BOT route and intersection with the total capital of more than 7.277 billion, started construction in January 2015, is expected to be put into use before 30/6 . 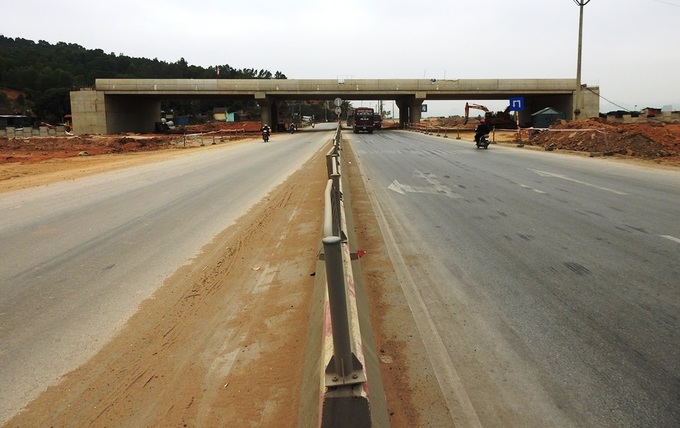 When the Ha long – Hai phong expressway goes into use, the distance from Ha Long to Hanoi is reduced to 50 km, to 130 km; From Ha Long to Hai Phong only 25 km instead of 75 km as today.

Mr. Nguyen Duc Long, Chairman of Quang Ninh People’s Committee, said that this is an important project for the development of the locality, with convenient transport connections with Hai Phong and Hanoi. Moving from Ha Long City to Hanoi only 90 minutes by car, instead of more than 200 minutes as today. 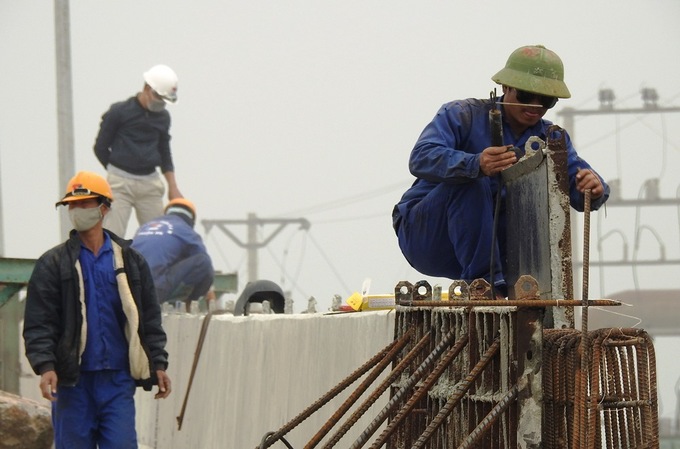 Workers including women are rushing to the bottom of the divider. 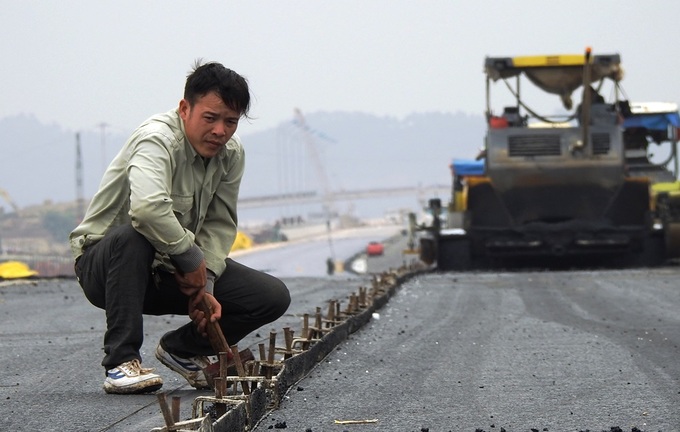 Workers are rushing to the bottom of the divider. 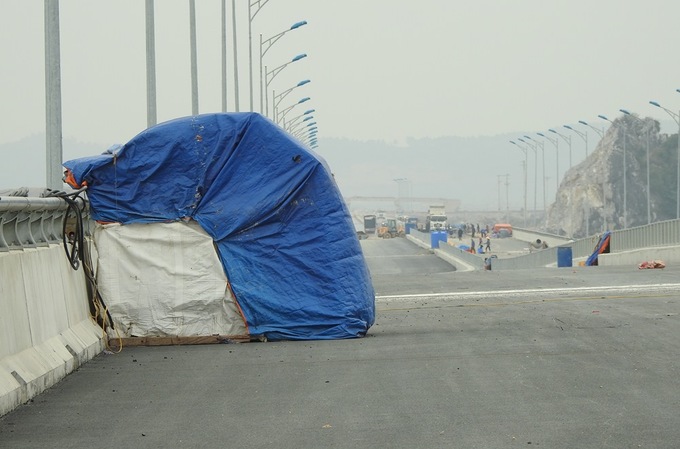 Along the route there are many hut erected, is temporary shelter of workers. 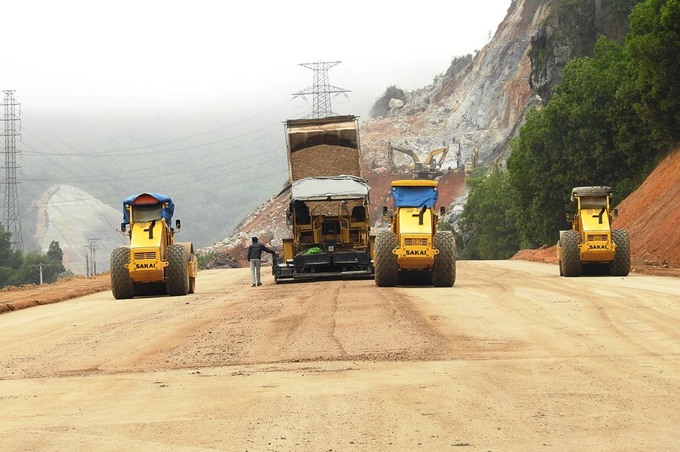 According to the design, the Ha Long – Van Don Expressway is nearly 60 km long, the first point on Highway 18 in Dai Yen Ward, Ha Long City, the end point intersection with the main road to Van Don Airport. The design speed of the highway is 100 km / h, the width of the road is 24.5 m.

The project was started in September 2015 with 15 packages (9 packages and 6 packages). This is a key project to connect the economic triangle of Ha Noi – Hai Phong – Quang Ninh, contributing to boosting the socio – economic development of Quang Ninh province as well as the northern key economic region. 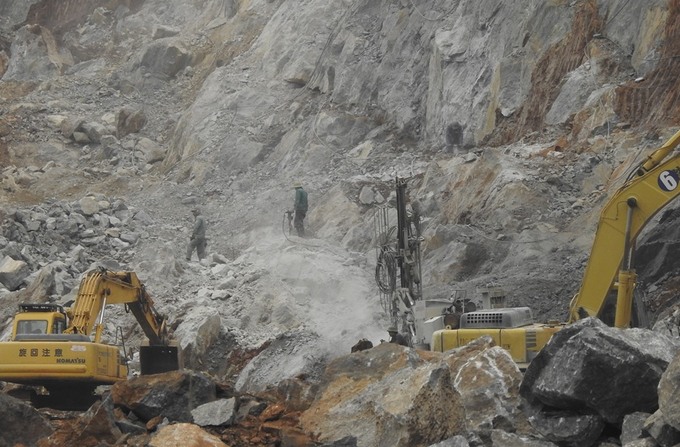 The route goes through many hills and mountains, making construction difficult. 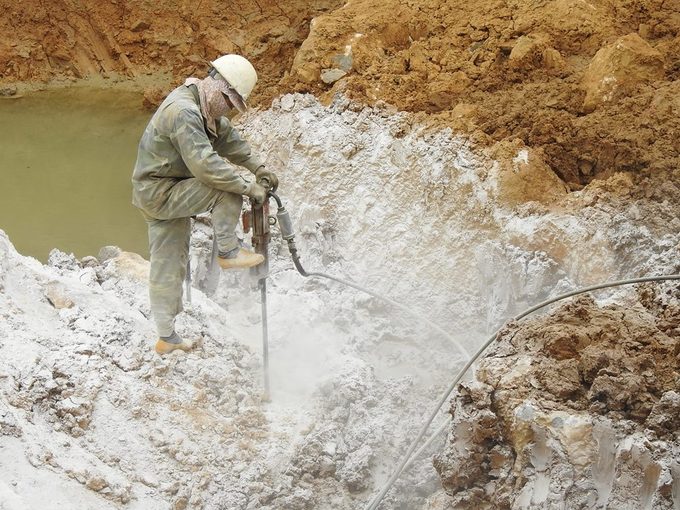 Workers use rock drilling below for construction 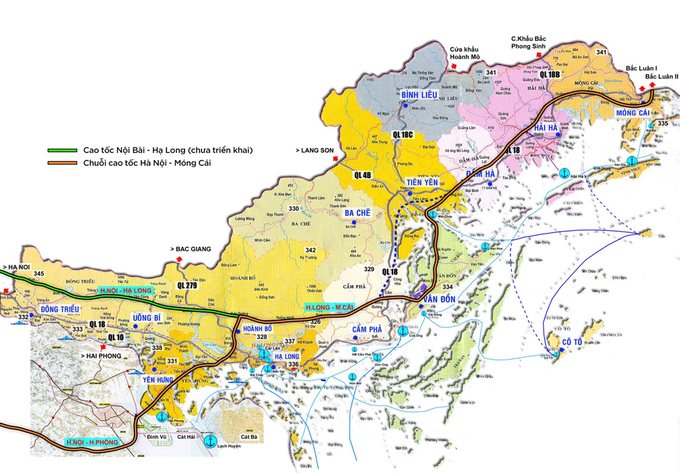 Tran Tuan Hung, deputy general director of BOT, said that in the second quarter of 2018, the route will be put into operation.

Bipasha Bhowal
Reply
Can I take this road in December 2018 while traveling from Hanoi to Halong bay.

Genesis team
Reply
Hi Bipasha, For Dec 2018, 99% this road would be used to go from Hanoi to Halong bay. save nearly 2 hours on bus. Some tour operators will use it, some will not because the toll fee. Genesis has already used this road from last year, just half highway. and we will still go by this way, because we want all the best for our clients.