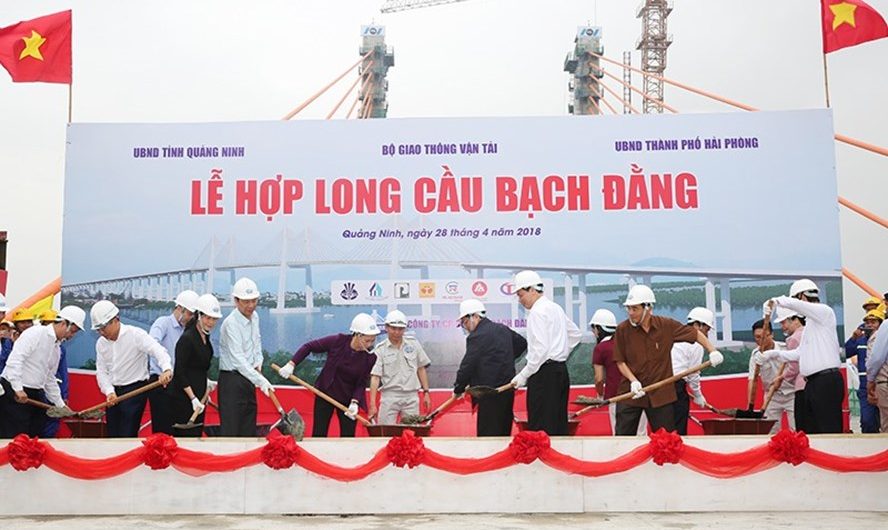 On the morning of April 28, Quang Ninh province and investors organize the Bach Dang bridge, after more than 3 years of construction. This is an important milestone in achieving the target of Haiphong – Halong Expressway at the end of this June.
Speaking at the ceremony, Mr. Nguyen Duc Long, Chairman of Quang Ninh province said that the project is large scale, technical complex by the engineers, workers in Vietnam construction. The bridge is not only meant to develop the triangle economy of Hanoi – Hai Phong – Quang Ninh but also connect the historic Bach Dang river.

Chairman of the Central Organization Committee, Pham Minh Chinh, said that when working with foreign experts, they are very doubtful of the capabilities of Vietnamese engineers. But with Bach Dang bridge, Vietnam has proven to the world that the Vietnamese people can do large and complex works.

According to Mr. Chinh, the construction of Bach Dang Bridge, the leaders of Quang Ninh province must carefully study how to ensure both large ships and not affect the Van Don airport. 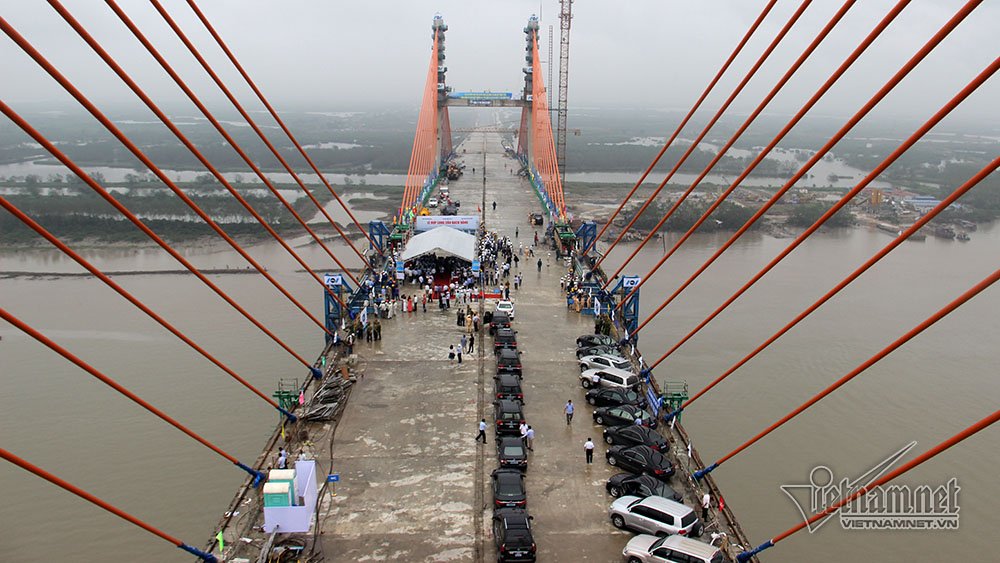 Bach Dang bridge from above

Bach Dang bridge is 3 km long with 4 spans, with 8 earthquakes, with 3 H-pylons representing the economic triangle between Ha Long city (Quang Ninh province) and Haiphong city. The bridge is invested by BOT Bach Dang Bridge company with the capital of more than 7,600 billion and is implemented in the form of BOT.

After the merger of Bach Dang Bridge, from Hanoi to Quang Ninh is only 130km (180km before) and 90 minutes by car. From Ha Long City to Hai Phong City only 25km (previously 75km).

This is the second “made in Vietnam” bridge but larger in size designed by Vietnamese people and earlier, Rach Mieu cable-stayed bridge linking Tien Giang and Ben Tre provinces.

The Bach Dang bridge, the link and the intersection of the route are invested in the form of BOT with a total capital of 7,277 billion VND, of which the budget of Quang Ninh province is 488 billion VND (including site clearance, demining, explosive).

Starting in January 2015, the project is expected to be completed by June 30, When the Ha Long-Haiphong Expressway goes into use, the distance from Halong to Hanoi is reduced to 50 km, to 130 km; From Ha Long to Hai Phong only 25 km instead of 75 km as today.
Edited by Sandie
Source: Internet